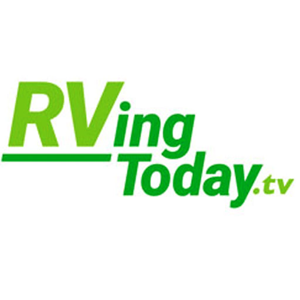 Then our 1st  “Women in RVing” with Susan Carpenter.
Next,  Michelle visits our CST broadcast partners.
Later,  Dr. Fitz and our new series, “Paws On Board.”

Hi. I’m Mark Polk with RV Education 101. Today I want to talk about my top seven RV safety checks you should make before each RV trip, but let’s start by asking ‘is our RV safe in general.’

When an RV is manufactured, it will have an oval shaped RVIA seal displayed on the exterior next to the entrance door. This seal means the RV manufacturer complies with more than 500 safety requirements regarding electrical, plumbing, heating and fire, and life safety. Now let’s go over my top seven safety checks to make prior to leaving on an RV trip. Susan Carpenter: I am the aftermarket manager for the aftermarket division for B&B Molders. We’re an injection molding company. And I’ve been here 2 years now. I started off in a family business, spent 25 years there, worked my way up from the bottom right up to the very top, and then I realized I wasn’t challenged enough and it was time to move on to something else. So I decided to spread my wings and go into a different part of the industry, and that’s where I landed here at B&B Molders.

rving with your pets

Introducing 'Paws on Board' with Dr. Fitz

I’m Dr. Fitz. I’m a small animal veterinarian in mid-Michigan. My passion is owner education and providing general pet health information. I love the outdoors, I travel frequently, and I enjoy hiking and exploring national parks with my husband.

Many of you that also enjoy the outdoors like to take your pets along for the ride. In fact, as many as 70% of our viewers travel with their pets. With this series “Paws on Board,” I hope to help you as pet owners and our viewers travel safely and comfortably with your pets. In this first edition we’ll talk about the essential items that you should bring with you when traveling with your pet. So Jeff,  “Rollin’ on TV” has been with CST since we started in 2010. And we’re now the number one weekly RV television show in the country, and have been right along. A good part of that is because of you.

Jeff: I thank you, but it’s a partnership. You know, we love the show.  Ashley, as you met earlier, airs it so many times during the time, and people just begin to know who you are. So it’s just a perfect marriage